Catastrophe declared in wake of cyclone 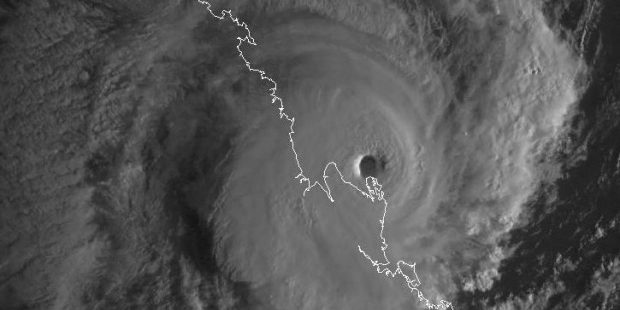 The ICA has announced that they have declared a catastrophe for parts of central Queensland that was rocked by Severe Tropical Cyclone Marcia last week.

The storm, which made landfall at Yeppoon near Rockhampton, has created major damage in both cities with no deaths or serios injuries reported so far.

ICA CEO Rob Whelan warned that the full effect of the cyclone will only been known in the coming days as families return to their homes and business owners to their properties to assess the damage.

“The impact of Tropical Cyclone Marcia is likely to be felt for many days, and it is much too early to estimate insurance losses or provide claims numbers.

“Queensland households and businesses can be assured the insurance industry has already geared up for cyclone claims. Call centres are standing by to answer queries and guide customers through the claims process, and insurers’ rapid response teams are ready to enter cyclone-hit areas when it is safe to do so.”

IAG has received approximately 700 claims for damage, as of Sunday 22 February, with the majority of claims received from personal insurance customers through the NRMA, CGU, Lumley Insurance, WFI and Coles brands.

90% of claims relate to property damage caused by heavy rain and high winds, according to a statement released by the company.

Managing director and CEO of IAG, Mike Wilkins, said that the company have made claims from Cyclone Marcia a priority.

“We are focused on providing customers with the assistance they need during this particularly difficult time. We have mobilised our assessors and technical specialists to the affected regions and we encourage our customers to lodge their claims as quickly as possible.”

IAG has deployed two Major Event Rapid Response Vehicles to assist with claims in the Rockhampton area and Suncorp has announced that they are preparing to “deploy its major claims event capabilities to manage anticipated claims from Tropical Cyclone Marcia.”

While the damage is not expected to top the $1 billion Brisbane storm hit, the fact that the area has not felt the affect of a severe cyclone for many years has left some wondering if the buildings in the area have been able to withstand the battering by 285km/h winds.

The Sydney Morning Herald is reporting that claims related to Cyclone Marcia have already reached 4350 as Queensland Premier Annastacia Palaszczuk, noted the extent of the damage thus far.

“We’ve had assessments at the moment of over 1500 houses that have had some kind of structural damage, and in Yeppoon and Rockhampton around 100 severely impacted,” Palaszczuk said.

“By severe, [I mean] that people can’t go back into their homes.”

Broker: “There’s a lot of misinformation out there” about BI claims
October 14, 2020
Go to Top