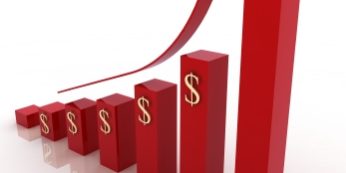 We have seen increases in government regulated fees across most industry sectors, from mining to transport, farming and manufacturing. Now it appears to be the Financial Services Industry’s turn to have increased fees imposed on us.

Unfortunately, these sorts of imposts only mean premiums will rise as brokers seek to recoup the massive increases. The below article published today from the professional publication, Insurance and Risk gives some details pertaining to the proposed increases. The upside for us and our clients is that as we are a Corporate Authorised Representative of Westcourt Insurance, the fee impact may be minor. We will have to wait and see.

NIBA has been convening with Treasury regarding the implications of a potential increase in Australian financial services licensing fees following a recommendation from the Financial Services Inquiry (FSI) to set up an industry-funded scheme for ASIC.

With ASIC currently receiving a majority of its funding from government, the new plan would see industry paying as much as 85%, approximately $286.55 million, of the commission’s costs. Industry fees currently account for just 15% of ASIC’s income, with taxpayer funds covering the rest.

“The changes could see the cost of a new AFS licence for brokers rise from $850 to $11,000,” says NIBA CEO Dallas Booth.
“There will also be an ongoing annual levy on AFS licence holders, which could cost in the range $2,000 to $10,000 pa.  NIBA is working with Treasury to understand how the levy will apply, and to minimise the impact on brokers as much as possible.

“We have warned Treasury that it would be a massive barrier to entry. It would also have the unintended consequence of creating a massive redirection of licensed brokers into AR networks.

“There are a number of ways you can interpret how the proposed model could operate so we’re working in great detail and great depth with Treasury to make sure we get the best system possible.”

Booth says that NIBA will be advocating for a distribution of fees commensurate with risk profiles to ensure that fees are allocated justly.

“For it to be fair, it has to charge higher fees for those areas of financial advice that receive the greatest attention from the regulator, and not penalise brokers who are acting in the best interests of their clients every day. We think the proposal needs greater granularity and we are telling the government that,” Booth says.

“We are worried about the fact that in the current proposal all Tier 1 products are treated the same. That means the fees could be the same for a number of financial services products with vastly different risk profiles.”

The Federal Government decision on the ASIC funding changes will also be informed by the findings of a review in ASIC’s capabilities being undertaken simultaneously.